Finland’s capital was founded in the 16th century but the city you see today really took shape in the 1800s. This was when the Russians laid out Helsinki along similar lines to St. Petersburg, with its broad streets and neoclassical mansions. Get the Helsinki Card for a free city tour, free public transport, fre entrance to museums and discounts on shopping, restaurants and tours

A little earlier the Swedes had completed Soumenlinna, an ambitious sea fortress that was intended to keep the Russians at bay. This huge project is still intact and is just one of a catalogue of exciting things to track down in Helsinki. Find time to see some modern architecture too; the Temppeliaukio Church is out of this world.

Let’s explore the best things to do in Helsinki:

Board the ferry from Kauppatori and in a few minutes you’ll be in one of the most amazing man-made places in Scandinavia, if not the world. Suomenlinna is a giant maritime fortress spread across seven islands. It was put up by the Swedes in the mid-1800s to defend their eastern territories, but Helsinki was overrun by the Russians at the start of the 19th century. It’s no exaggeration to say that almost nothing has changed at Suomenlinna since then.

Amid the star-shaped walls and gun positions is a small baroque settlement that is still home to 1000 people.

The tall green dome of this landmark soars above the Helsinki cityscape, and from the water at night itseems to shine like a beacon. Whatever your reason for visiting Helsinki, this whitewashed neoclassical cathedral is one of the sights you need to check out. When it was built it in the mid-19th century was called St. Nicholas’ Cathedral, in honour of the Russian Tsar Nicholas I who was also Grand Duke of Finland.

After Finnish independence in 1917 it simply became Helsinki Cathedral.

Known to locals as “Espa”, this is a finger of green space right in the middle of the city, a place where tourists and Helsinki residents come to take picnics, relax and be entertained in summer. At this time of year the space in front of Cafe Kappeli is the Espa Stage, an outdoor venue with an exciting schedule of shows and live music performances.

Come in July for Jazz-Espa, a month-long jazz festival, or in June for the Marimekko Fashion Show.

Safe to say there aren’t many churches in the world quite like this one. Temppeliaukio was the result of a post-war design competition, won by Suomalainen Brothers and was inaugurated in 1969. The building is partly underground and has been hewn from the bedrock, which forms the interior walls. Around the central dome is a circular skylight, through which sunlight floods into the main chamber during the day.

Every piece of decoration and furniture inside this remarkable church was designed by the architects. Approaching it along Fredrikinkatu, the broad copper dome of Temppeliaukio Church will look like some sort of alien invasion.

Taking up a whole island a few kilometres north of the city centre is an open-air museum that has put together a collection of typical Finnish buildings from around the country. The museum is open all summer and this is when trained guides are decked in traditional garb can tell you about life and work in rural Finland over the last 400 years. The old workshops, farms, manor houses and cottages are connected by a network of trails, making for gentle walks through woodland or next to the coast. 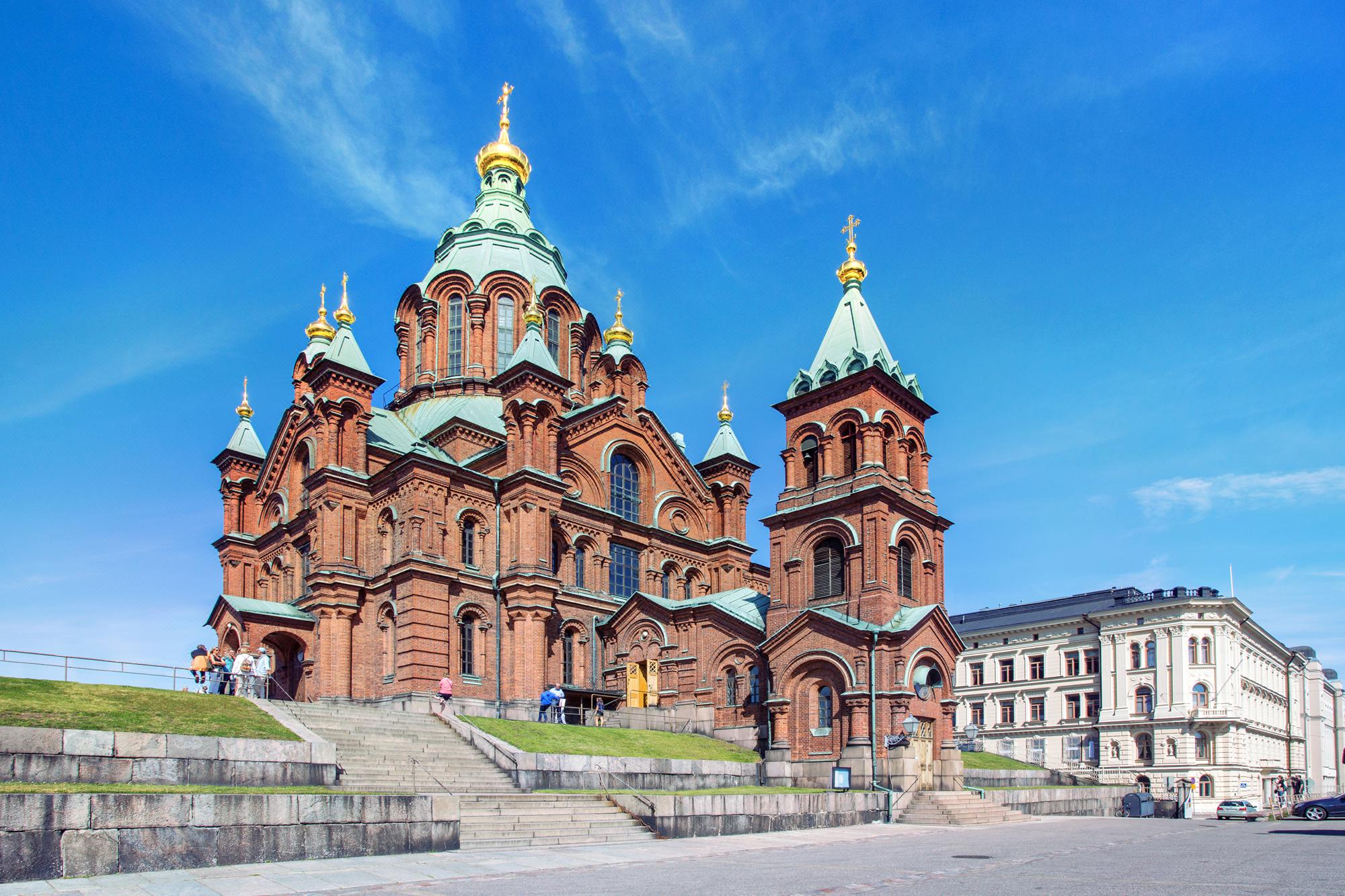 If you’re looking for sights that illustrate Russia’s century-long engagement with Finland, this orthodox cathedral in Pormestarinrinne is the best place to begin. It’s the largest orthodox church in western Europe, sitting on a rise in the Katajanokka, one of Helsinki’s upmarket areas. From the outside the church’s origins are unmistakable when you see its red-brick towers and their golden cupolas.

Take a look at the Iconostasis, with its set of beautiful paintings depicting the virgin Mary and an array of saints.

Open all day, Monday to Saturday, the Old Market Hall near the water in Eteläranta has been around since 1889. Before then there had never been a permanent building for Helsinki’s markets, which were open-air and held in squares. It’s a striking byzantine revival building, worth checking out even if you don’t need to do any shopping.

If you would like to pick something up you’ll be tempted by all sorts of stalls selling fresh produce including meat, fish, fruit and veg, but also Finnish cakes and cheeses.

Sauna is a Finnish word, and there are three million of them in Finland, a large quantity of which are found right here in Helsinki. Many are open to the public, and whether you’re visiting in winter or summer, it’s just one of those things you have to try in Finland. For public saunas try the districts of Kotiharju, Merihaka,  Hermanni, or the new “Löyly” complex at the southern end of Helsinki peninsula.

There’s some sauna etiquette to remember but none of it is too difficult: Men and women are usually separate, naked is best but towels are allowed, and it’s usually best to keep your voice low if you have to talk at all! 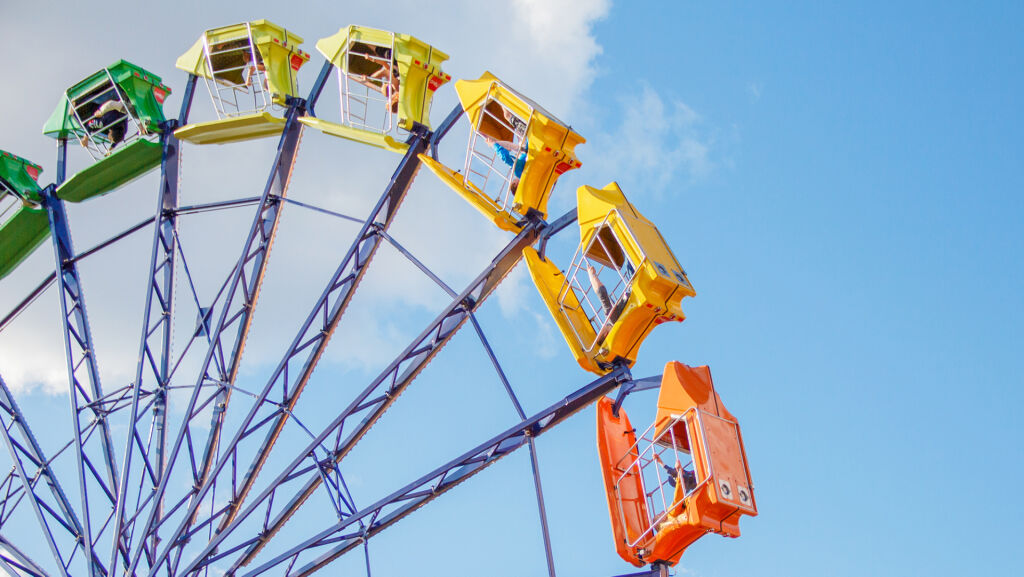 This amusement park has been open for more than 65 years. Throughout that time it has been donating all profits to Päivän Säätiö, a Finnish child welfare charity. Well over a million visitors a year come to ride the white-knuckle roller coasters, try their luck in the amusement arcades or bring their kids to all kinds of child-friendly shows and attractions. All the major rides at Linnanmäki break Finnish records: The highest and fastest in the country are set here, but among them are seven that go right back to the park’s origins in the 1950s.

From late-July to the end of August Helsinki’s citizens dress up in their finest and pack out the city’s seafood restaurants. This is crayfish season, and the shellfish is paired with Akvavit in a surprisingly complicated set of rituals. Waiters at local restaurants will be happy to fill you in about how to eat crayfish the right way, and when to take a shot of Akvavit.

And then of course come the drinking songs. It might be a bit more of a challenge to sing along with these.

Catch this tram from the Havis Amanda Fountain at Market Square on summer weekends. You’ll set off on a 20-minute tour of nearly all of central Helsinki’s top sights. These heritage trams are a century old, and although there’s no guide on board you’ll be provided with a multi-language leaflet to let you know what you’re looking at.

The trailer pulled by the main tram car will also give you some excellent shots of the city for your instagram account!

Another great way to see the best of Helsinki is along the waterfront as there’s a seven kilometre trail that runs from end to end. Heading down the eastern side of the Helsinki peninsula your walk will begin at Hietaniemi Beach, which on the warmest summer days is the best sandy bay in Helsinki. Later you’ll pass the Sibelius Monument, an abstract sculpture to commemorate Finland’s greatest composer, Jean Sibelius.

The waterfront path is served by ice cream sellers in summer and is always leafy, winding through parks or next to the grounds of the Prime Minister’s summer residence.

Going back to the post-war era Helsinki is a city that embraces cutting-edge architecture and design. The Rock Cathedral illustrates this attitude best, but there’s a thriving culture that really deserves a bit of investigation. Check out the Design District just below the Esplanadi: Across just a few city blocks are some 200 design-oriented shops, galleries, buildings and attractions.

The Design Museum is here and documents Finnish architecture and design over the last 150 years.

Since you’re visiting the capital you have to take the chance to find out about Finland’s past. One section that will catch the interest of all comers contains the Treasure Troves. As you make your way through these nine rooms you can goggle at silver, jewellery, coins, medals and armour. Further on you’ll see how Finnish culture and society developed during the middle ages before it became part of the Swedish Kingdom and then the Russian Empire.

There are also intriguing exhibits covering the country’s early civilisations, among them a neolithic offering stone and an Iron Age burial cist. 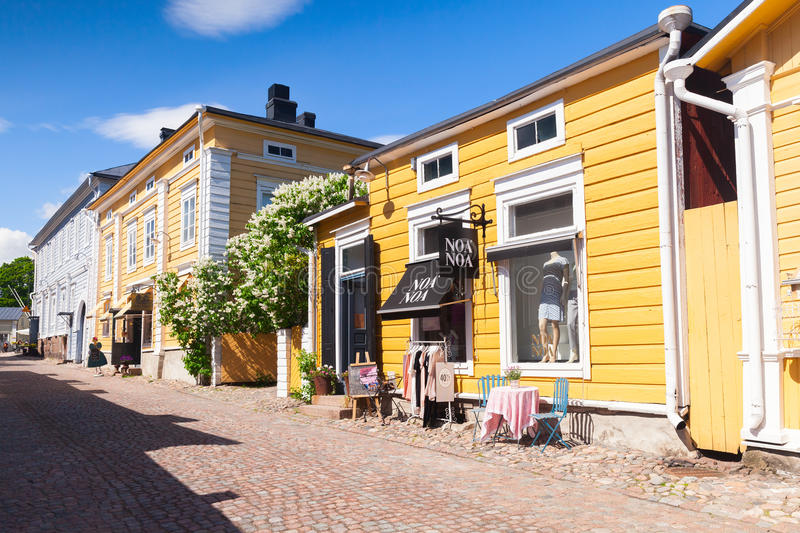 As the city grew in the early-20th century Helsinki built whole neighbourhoods for its working class. Many of these have since been demolished and replaced, but several remain, and the pretty painted timber houses here are now homes for Helsinki’s bohemian and creative types. Areas like Puu Vallila have coffee shops and trendy bars, while Puu-Käpylä  is loved for its green space.

This suburb was intended as a Garden City, so there’s loads of greenery and the vegetable plots allocated for workers are now urban farms.